A few weeks ago the people in Haiti felt an earthquake.
Donate to 90999 I think.
Posted by Cracked Like An Egg at 2:16 AM 2 comments:

This comic would like to say a few words: "Last year with only 11 days left I swept in and won the funniest. My fellow Garfield holiday strip was knocked out by one of the competitors, Pearls, and Pearls faced Zits both strips were very funny and one will win a trophy, present next year's, and become a comic strip character legend. Either one will be a legend that's not as great as the winner but may be one day. Snoopy, Garfield, Beetle Bailey, and Blondie are legend already. Who will join them? Jeremy or Pig? Pastis or Bergman? Happy Box or Clown Head? Pearls Before Swine or Zits?" 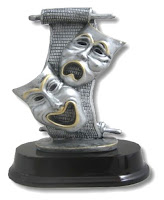 "The winner of the funniest comic strip of 2009 is...Zits! A major upset over Pearls sends Pig, Rat, and Goat hoping to win in 2010 and become legendary and the Zits cast into a frenzy! Jeremy fell to his knees as Pierce, Mom, Dad, and weird Girlfriend surrounded him. Whoever thought Zits would be the winner? Congratulations Zits!"

This Week's Sports by David 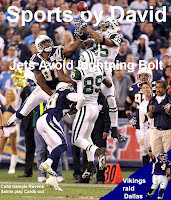 The 2009 Comics Championship: Pearls Before Swine vs. Zits

Stephan Pastis and Jim Borgman worked hard all of 2009 to try to produce funny comic strips. They had numerous comic strips that were funny such as Pearls' Doorstoppo or Zits' Pierce's rumor about school but these two strips are the funniest ones from the geniuses. The Internet Happy Box vs. Driving A Clown Head Through a Funeral Procession. These comics have fought their way here and clawed their way to the top. Zits took down Mutts' evil butcher in the semis, Beetle Bailey's Sarge trying to lose weight, and Rhymes With Orange's therapist monkey. Pearls had tougher tasks taking down Mutts' evil butcher*, and which was favored to win and ranked #1 overall Garfield's holiday comic strip. Last year, a Garfield holiday strip took the title home. You will see the strip tomorrow when it presents the award to either Pig or Jeremy. Now it's just these strips. Vote for the funnier one. Now.

* - Error in tournament brought Mutts back into contention.
Posted by Cracked Like An Egg at 2:09 PM 2 comments:

Dominoes Everywhere for the holidays from Jared Lyon on Vimeo.

Pearls Before Swine vs. Garfield

You can't have PB&J without bread. Where's the love?
Posted by Cracked Like An Egg at 2:36 AM 7 comments:

Beetle pulled a huge upset over Doug and his dog can it pull another one over Jeremy of Zits and make it to the Semi-Finals? Mutts will be brought back for another chance because 5 comics wouldn't work.
Posted by Cracked Like An Egg at 4:58 PM 3 comments:

Zits vs. Rhymes With Orange

Pearls Before Swine vs. Mutts

Garfield vs. Mother Goose and Grimm

Baby Blues vs. Blondie: Vote for the Funnier One

Best Other Comic Strip of the Year- Rhymes With Orange

Today's lesson is surface area. You do the thing times the other thing and there you go. I'm kidding no teaching today just some cool waves washing you up on the shore. 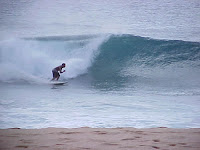 Vote for the Funniest Zits Comic Strip of 2009

There were many more but I narrowed it down better than Garfield.
Posted by Cracked Like An Egg at 4:58 PM 2 comments:

Videos Made By My Sister, Friends, and I 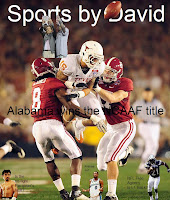 Vote For the Best Mutts Comic Strip of the Year

Vote For the Best Garfield Comic Strip of 2009

I guess April boasted a lot of good strips for Garfield.
Posted by Cracked Like An Egg at 4:03 PM 2 comments: 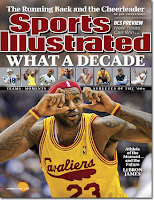