http://www.youtube.com/watch?v=iiKkxnRqqew is the site where you can watch a part of the funniest "Reaper" episode ever. From the time of 2:46 to 3:05 is the second funniest part of the episode. http://www.youtube.com/watch?v=89l9_nvL4pE&feature=related is the 2nd half of the episode. From 1:12 to 3:02 is the funniest clip of Reaper ever! Just rembered this episode and decided to share it with the world.
Posted by Cracked Like An Egg at 2:07 PM 3 comments:

Today is a baseball game where you can change the stats and a site that is probably known worldwide but I still love it. http://newton.burney.ws/math/funsheets/baseball/sddm.htm is the baseball game. Great fun! Probably not a well known site but now it is in the shining light of poularity. http://sports.espn.go.com/chat/sportsnation/poll/index is the worldwide known site. My friend and I would always vote and see who could get the most correct!
Posted by Cracked Like An Egg at 5:17 PM 2 comments:

So for this week's Theme Thursday it was suitcase. Yes suitcase. I was stumped until Wednesday. I broke it up into words suit and case. Suit is for fancy people and case could be briefcase. A Lawyer. Vinny Gambini is a lawyer. Vinny Gambini is in My Cousin Vinny. (Bite me). So it is My Cousin Vinny. My Cousin Vinny was a movie about a guy named Vinny who becomes the lawyer of two guys who might've comitted a murder. His girlfriend might have helped him. I don't want to give anything away because my bilogical clock is ticking like stomp stomp stomp.
Posted by Cracked Like An Egg at 7:22 AM 8 comments: 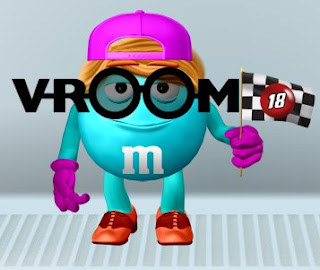 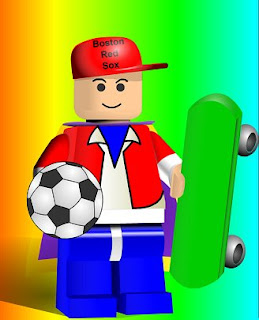 For this week's two cool sites I decided to do sites that you can eat yourself or turn yourself into plastic. These are my two cool sites for Friday. Thanks to Wings for finding the second one. http://www.mms.com/us/becomeanmm/create/ http://www.reasonablyclever.com/mm2/mini2.swf 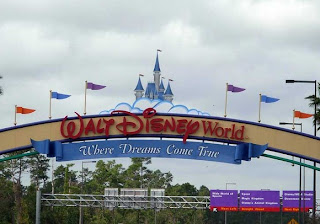 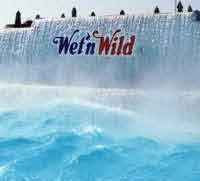 So for this weeks Theme Thursday it was vacation. At first I was stumped thinking of popular destinations such as Paris, Chicago, Los Angeles, Orlando....Orlando! Perfect idea. I'm sure other people will do this. Orlando is the Theme Park Capital of the world. Sure some places have their ups and they're not theme parks. (Nick Hotel) (Orlando International). Let's start off with Wet 'n' Wild, arguably the greatest Water Park on Earth not only for unique rides but it is the oldest water park ever. My personal favorites are Disco H2O and Black Hole: The Next Generation. They have a wide variety of rides from intense (Bomb Bay) to wild (Der Stuka) to thrilling (Black Hole) to mild (Disco H2O) to somewhat mild (The Flyer) to calm (Lazy River). Great place to be try it out. Next is Universal Orlando. Once you enter you come upon a great restaurant---NBA City---. This place is an NBA themed restaurant. The bathrooms have little hoops over the trash cans. The eating area has giant TVs. The floor is like a basketball court. All around a great place. You leave and look to your left. You see Hard Rock Cafe Orlando. The greatest Hard Rock cafe and biggest in the world. It features Elvis's jacket and a rock and roll Michaelangelo sistine chapel painting. Get away from City Walk and you don't whether to go to Islands of Adventures of Universal Studios Orlando. I preferably go to Universal first. You come across Lucy- A Tribute, Woody Woodpecker Coaster and then. Buh-bum-buhhhhhhhh---The Simpsons Ride!! This is the greatest ride at Universal Studios resort. It has great simpson moments on the Tvs in the waiting area and then you come to a 3d simulation coaster. It's great fun. Keep going to find the Diaster ride. You go into this room where people pick you and you're in a movie which you watch on a subway bus after. Dwayne Johnson. "The Rock" makes an apperance. Islands of Adventure first has a great Spiderman 3d simulation ride with a "400 ft. drop" (also simulated. In Toon Lagoon there is Blondie, Beetle Bailey and Popeye. Popeye's Bildge Rat Barges. Hush-A-Bomb and other unique comic strip bubbles. In Jurassic Park. There is a river adventure with a giant dino waiting. There is a ptyeredon flyers which is swift, fast, fun and quick. In the Lost Continent. Well they were lost when they created it. In Seuss Landing there is the Cat in the Hat where you go ahhhhhhahahahahahahahahahaha. Then the trolley that shows. Well. Dr. Seuss's mind. At the Nick Hotel there is slime, water, basketball, slides, cafes, arcades, stores, theme wallpaper and an awesome smell. At Disney World they have Animal Kingdom, Epcot, Hollywood Studios and Downtown Disney which I won't spend any time on. At the Magic Kingdom there is Big Thunder Mountain, Space Mountain, TTA, Barnstormer, Mad Tea Party, Small World, Haunted Mansion and Pirates. But most importantly Splash Mountain. You start off in Brer Rabbit's storyline and then you're wet. Yeah I had to cut a lot of things short but it was a big blog. Sorry about the length.
Posted by Cracked Like An Egg at 7:18 AM 8 comments: 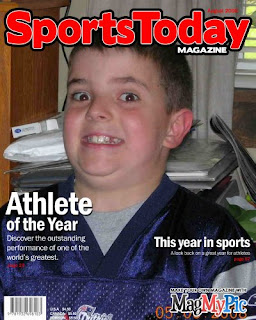 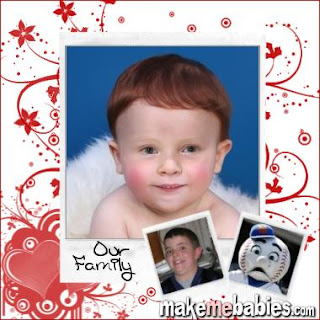 So this is the first day of my Cool Website Friday. Every Friday I'll do a double feature cool website thingamajig. Today I chose a baby making site and a magazine cover site. So for the magazine you just take your pic and a cover and you make it. For the baby you take your pic or someone else's and match it up with another one. The links are http://magmypic.com/ and http://www.makemebabies.com/. Feel free to check em out! Also thanks to VAMPIRATE

My buddy Nick rocks. He just wanted me to tell you that so OK!!!!!
Posted by Cracked Like An Egg at 2:05 PM No comments:

The Timeline of People

Labels: of, people, the, timeline 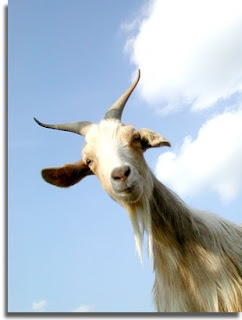 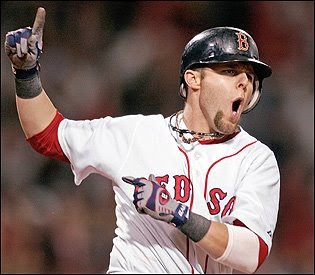 I Know what you're thinking, what the heck could these two pictures have anything to do with each other? Well these two pictures have a big thing in common. Goat. The first picture is a goat right? Yeah I hope you know that. The second picture is Dustin Pedroia (MVP). Still what do they have in common? GOAT! G.O.A.T. A goat is a goat. And Pedroia is a goat. Greatest Of All Time. G.O.A.T! There you go nice and simple now.
Posted by Cracked Like An Egg at 3:06 PM 3 comments: 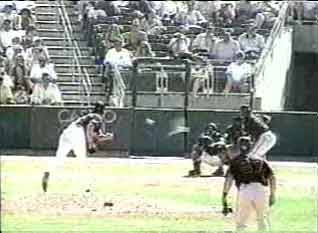 In a freak accident on March 24, 2001, during the 7th inning of a spring training game against the San Francisco Giants, Johnson threw a fastball that struck and killed a dove. The unlucky bird swooped across the infield just as Johnson was releasing the ball. After being struck by the pitch, the bird landed dead amid a "sea of feathers." The official call was "no pitch."

Top 10 Things I Love And Hate

Let's start off with Hate

#10~ Stride Orange Gum
#9~ A Good Slam Dunk
#8~ The song American Pie
#7~ Orange Tic-Tacs
#6~ Mountain Dew on a hot day or when I'm parched
#5~ The other side of the pillow
#4~ An Alexander Ovechkin goal
#3~ A Pedroia home run
#2~ When the food at a sit-down restaurant comes to the table
#1~ Amazing videos on Youtube ~~cough~buzzer beaters~~cough cough~~~
Posted by Cracked Like An Egg at 4:06 PM 2 comments:

The Greatest of All Time

The Absolute Greatest Video of All Time (with exception to Where the Hell Is Matt, Shots at the Beach Basket and Josh Groban sings at the Emmy's)
Posted by Cracked Like An Egg at 4:03 PM 1 comment:

Today Baltimore Orioles pitcher Cam threw a no-hitter. The game started with the third baseman making a nice diving catch. In the next 3 innings Cam fanned all of them striking out the side twice. The game was called after 3 due to rain, lightning and thunder but Cam had 8 strikeouts and a no-hitter. Wait let me rephrase that a PERFECT GAME. I was catching the game and it is my first no-hitter or perfect game or no hitter that I've ever caught. That's one more than Geovany Soto. And Cam has one more no hitter than Josh Beckett.
Posted by Cracked Like An Egg at 7:03 PM 2 comments: 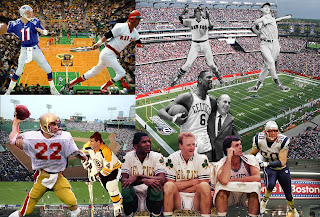 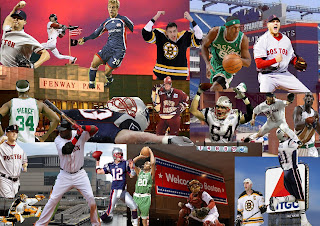 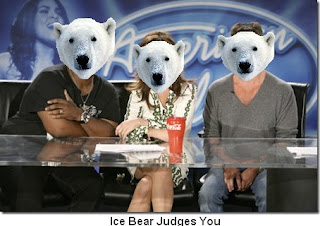 Hey Nicole can you show this to Calvin? Thanks!

John Anderson- He's running like people are chasing him!

Kenny Mayne- It's back! It's way back! It's not comin back! It..hit someone in the back.

Keith Olberman- He pulled a groin. His own we hope.

Keith Olberman- I can read his lips and he's not prayin!

Cindy Brunson- Ben Gordon for 3. And we're goin to a 3rd Overtime. I mean why not??

Dan Patrick- Here we are Sidney Crosby goin for the goal and he slipped......wow.
Posted by Cracked Like An Egg at 4:53 PM 1 comment: 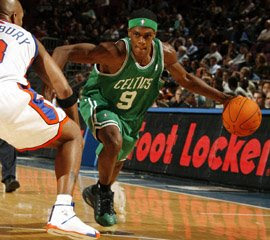 After a long 7 Game Series the Celtics beat the Bulls and after 6 the Magic beat the Sixers. Orlando and Boston move on. I being the big Boston and Orlando fan that I am can't decide who to hope to win the series. I'm leaning toward the Magic since the Celtics won it all last year. Rondo has been my favorite forever as Turkoglu is my runner up. Good Luck to both! 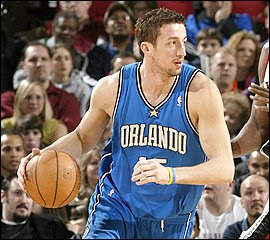 Posted by Cracked Like An Egg at 4:46 PM No comments: 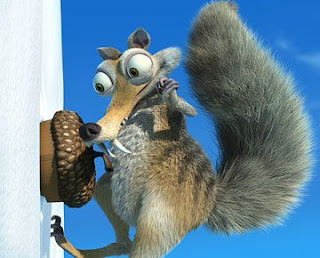 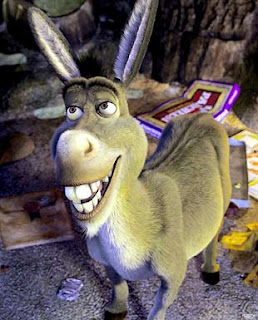 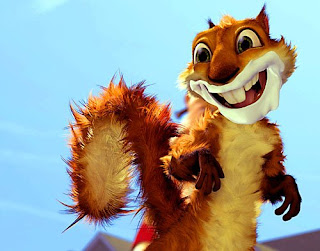 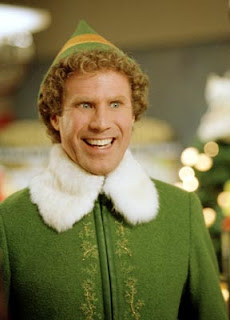 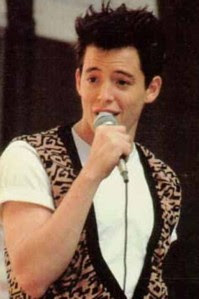 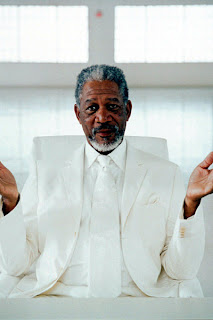 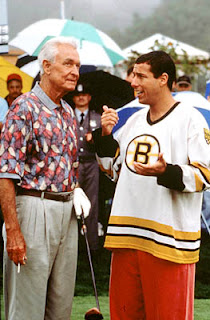 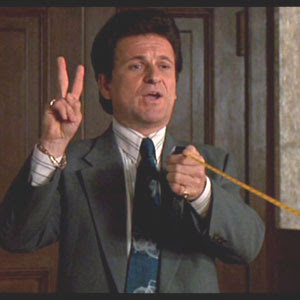 The song from the Hannah Montanna Movie. Sort of catchy.