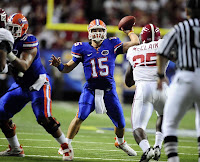 This will be one of the last times we see Florida-Alabama in the game because of Tebow, Spikes and Ingram all about to enter the draft but it still is The SEC Championship Game. Every year in the first week of December the crisp chill of winter arrives even in the Southeast bend. As December rolls around and the NFL playoffs are set and NCAAF bowl games are being finished there's one game that will change the fate of the BCS Championship Game forever. The SEC championship game. It's been a long year for many of the teams in this conference. Alabama has survived many close games. Florida cruised to an undefeated regular season. LSU was an early-ranked 4th until 3 losses highlighting the final 6 weeks. Ole Miss originally ranked 6 in the country and failed to deliver finishing with 4 losses and no rank.

The two teams that stand out Florida and Alabama have done a lot for this. Tim Tebow played his last game at the Swamp and they overcame and emotional rivalry game. Alabama barely survived by a missed field goal and Florida survived by a made field goal. Spikes was out for a game for attempting to gauge they eyes of a Georgia player and Tebow got a concussion and a lucky break on a BYE week. Nick Saban is ready. Urban Meyer is ready. Mark Ingram is ready. Tim Tebow is ready. Tebow and Ingram are in a Heisman battle and they're chasing Colt McCoy. They are the boys and what else would you hear in Gainseville other than that?

Spikes and James need to step it up on the high-flying Alabama offense because the Pouncey brothers can't do it all. It's going to be a close game. Down to the wire. It's going to be a battle of the defense. It will be closer than last year's Florida- 31 vs. Alabama 20. This year I believe it will be Florida Gators- 24 vs. Alabama Crimson Tide- 20.
Posted by Cracked Like An Egg at 5:59 PM 3 comments: 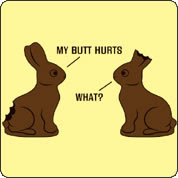 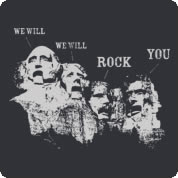