A long time ago on Sunday, September 13, 2009, Walt Disney World announced that they would be expanding Fantasyland. I also posted on this very blog about it. Some rides would close along the way, like Snow White's Scary Adventures and all of Mickey's Toontown Fair. There had to be casualties, I suppose. However, there would be some new things too. Sweeping changes. A concept map was released as it detailed what was expected to happen by 2012. An entire village dedicated to Beauty and the Beast and a kingdom for the Little Mermaid. There would be two Dumbo rides! A whole new Barnstormer! Who ever heard of such a thing? The changes were expected to be radical, but the journey would be a fun one.

Ah, yes, the concept map. A world filled with wonder. It seemed to be so very promising. I'm sorry. It was so very promising. Each aspect looked joyous. I couldn't wait to experience it. Along the way, the Disney Blog chronicled the developments week by week. That was one of the things I had to love the most. The Disney Blog's development chronicling. Each week, John Frost posted new photos of his trips there. It was progressing nicely. Each tidbit he provided was awesome and I greatly appreciate it. However, I had some photos of my own: 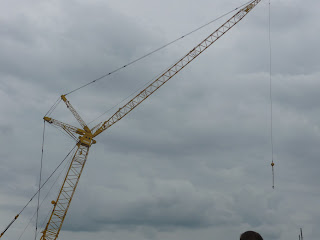 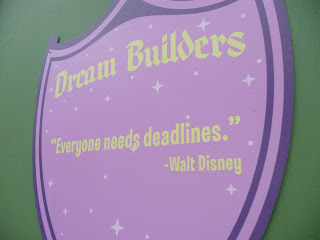 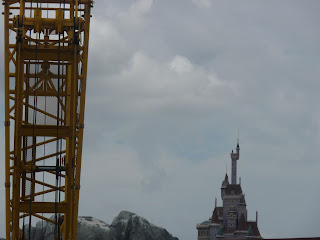 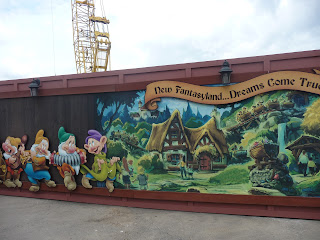 It seems like it was not long ago at all. It was created so quickly. The magical new world has been created and it opened today, December 6, 2012. 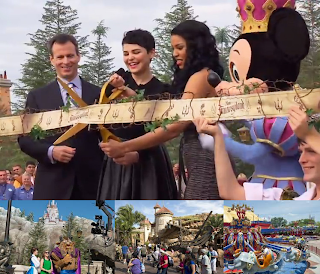 Look at that! It's all open! Of course, the two Dumbo rides and all of the new Storybook Circus had already had their soft opening back during the summer. I think this is awesome. It's like a sub-chapter of my life will close. It's been a long time coming. Of course, I'm sure you're fine with nostalgia, but what about the new amenities? 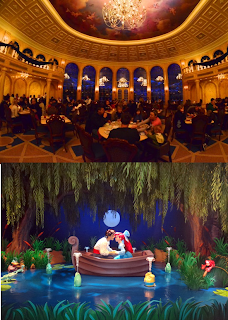 Be Our Guest Restaurant: All the way at the hill's Beast's Castle, you can dine with Belle, Lumiere and the characters who composed the film, Beauty and the Beast. There a three wings. The West Wing contains the Enchanted Rose. The Rose Gallery features huge figures of Belle and the Beast. The Ballroom has a domed ceiling, sparkling chandeliers and the appearance of snow outside the window. Sandwiches, salads, and more, this restaurant is sure to please all.

Enchanted Tales with Belle: Beginning in Maurice's shop, you enter a mirror where Lumiere greets you and leads you to Belle who will then tell you a story!

The Barnstormer: Goofy's Wiseacre Farm has become the home of the famous stunt pilot, the Great Goofini. Enjoy the fun ride with a new twist!

Dumbo the Flying Elephant: Circus inspired decor highlights the classic ride which has doubled! Take a spin on either one while the line progresses and the kids play.


There have been more announcements throughout Walt Disney World. Numerous rides have a new amenity which holds your place in line while you wonder about. An advanced Fast Pass! Big Thunder Mountain and Test Track have both finished their remodeling and the Splitsville Bowling will open in thirteen days! Life is good at the parks!

So it's all finally come out. This is a happy occasion. Very very happy. It's not over yet, though. The Seven Dwarfs Mine Coaster will open in 2014! Walt would be proud! It looks fantastic!