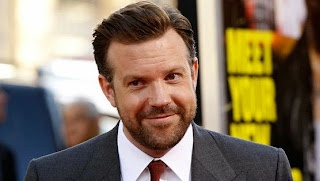 Fletch and Fletch Lives were two comedy movies starring Chevy Chase from back in the day based on novels about an investigative reporter named Irwin "Fletch" Fletcher by Gregory McDonald. Now, it seems Fletch will be returning to the big screen, but in a rebooted capacity. Jason Sudeikis is eyeing the lead role in a new Fletch movie that will take the character from scratch, but the thing is that (unlike Jason Lee a few years ago), Sudeikis is actually involved in the production of the movie so it seems likely that it will happen. As of right now, it is "in the works." Should be interesting, I'd say.
Posted by Cracked Like An Egg at 8:29 PM