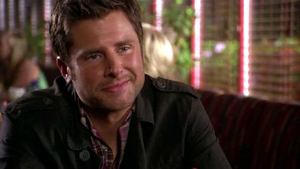 As soon as you saw Burton Guster (Gus) on this list earlier, you had to have known that Shawn Spencer was coming. And here he is: behold! Shawn is the exact type of character who you can really connect with and for somebody like me who actually grew up with Psych as a show, he was such a role model that I wanted to do so much to be like him. He was so cool and funny and charming and just hyper-intelligent but quick-witted, too, that how couldn't I have wanted to be just like him? I wanted to be Shawn Spencer so much. He was the epitome of what it meant to just be endlessly cool. You gotta love him.

Shawn Spencer: Lead character on Psych portrayed by James Roday.
Posted by Cracked Like An Egg at 6:52 PM