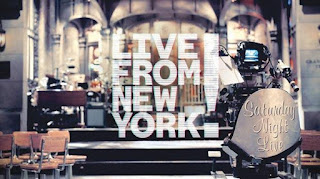 This year, a documentary about the history (primarily political history) of Saturday Night Live over the course of its now forty year history titled Live from New York was released, but only in select cities so I did not have a chance to see it. But, thankfully, NBC aired the documentary on October 3rd before the season premiere of SNL and it was very well-made. The chills-inducing first couple moments were worth it alone. I give it my highest recommendation!
Posted by Cracked Like An Egg at 6:05 PM