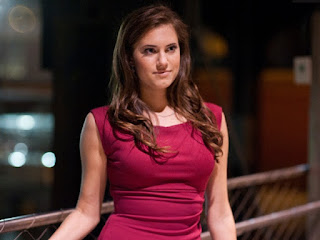 Throughout season one of Girls, Marnie was always viewed as the proverbial second fiddle to Lena Dunham's self-realization of a lead character that shone all of the personal things that made her, her through and through. But once Marnie left the apartment in which the two lived together, her character development came out in full. Since the end of season one, we have been able to view Marnie (and yes, I know she is a controversial character, but I love her so deal with it) as a tortured person who, despite all of her privileges, is really struggling with her purpose in life. And that's a narrative of which I'll never grow tired.

Marnie Michaels: Supporting character on Girls portrayed by Allison Williams.
Posted by Cracked Like An Egg at 5:08 PM